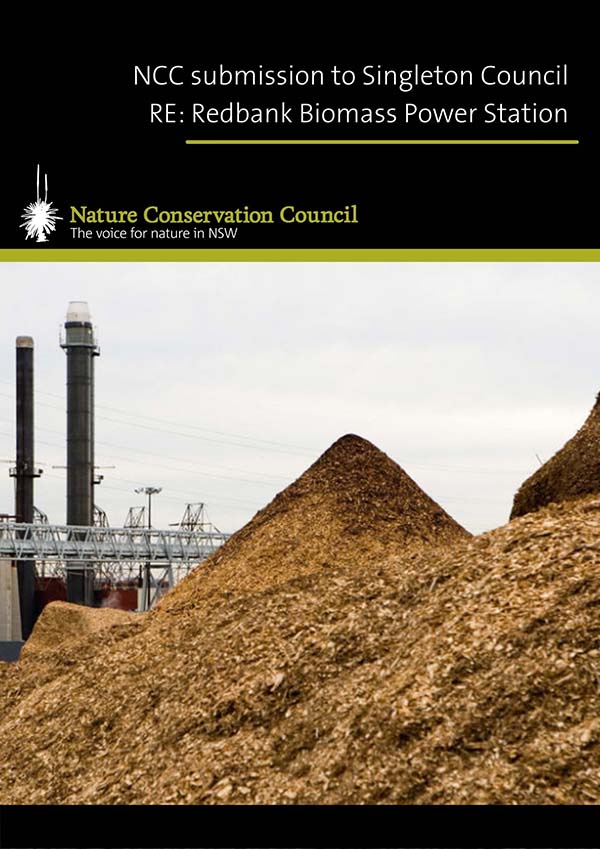 NCC opposes this modification and recommends that Singleton Council rejects the application.

The proponent argues that this development is "substantially the same" as the previously approved power station. However the proposed project is a major departure from the conditions upon which the original development was approved. It should therefore undergo a full development approval process, where the significant impacts on forests, truck movements, air quality and greenhouse emissions can be thoroughly considered.

Burning native forest biomaterial for energy is strongly opposed by conservation groups due to its harmful effects on threatened species and the climate. These concerns are laid out in a submission to the Australian Renewable Energy Agency signed by ninety organisations, which is attached as part of this submission.

Specific concerns relating to the Redbank/Verdant Power Station modification are outlined in an open letter signed by thirty organisations, which is also attached to this submission.

Full submission as a PDF

Submission on Callala Bay rezoning of bushland for housing