A history of the Gardens of Stone campaign

A History of the campaign to protect the Gardens of Stone

When Centennial Coal cancelled its Angus Place coal mine application this week, five threatened wetlands in the Gardens of Stone were saved and 123 million tonnes of coal was kept safely in the ground. That's equivalent to two years of NSW’s total climate pollution.

But how did this victory happen in a state where coal companies are used to getting their way, no matter the cost?

This is a longer email than we’d normally send. But it’s a ripper of a story so we wanted to lift the hood and share with you the backstory of how this campaign has played out.

Almost ninety years ago, in 1932, Miles Dunphy proposed that this spectacular slice of Wiradjuri Country, the Gardens of Stone, should be protected as part of his vision for the Greater Blue Mountains National Park.

Since then, the Blue Mountains National Park and World Heritage Area have been declared, but the last 39,000 hectares of the Gardens of Stone remain unprotected – because coal companies had an interest in mining deep underneath the ground.

Over those ninety years groups like Colong Foundation for Wilderness, the Blue Mountains Conservation Society, Lithgow Environment Group, Bushwalking NSW, the Colo Committee, National Parks Association of NSW, and the National Trust have kept the Gardens of Stone vision alive, and documented and resisted the irreversible damage that underground coal mining has done to the rare ecosystems, cultural heritage and spectacular cliffs and pagodas above. 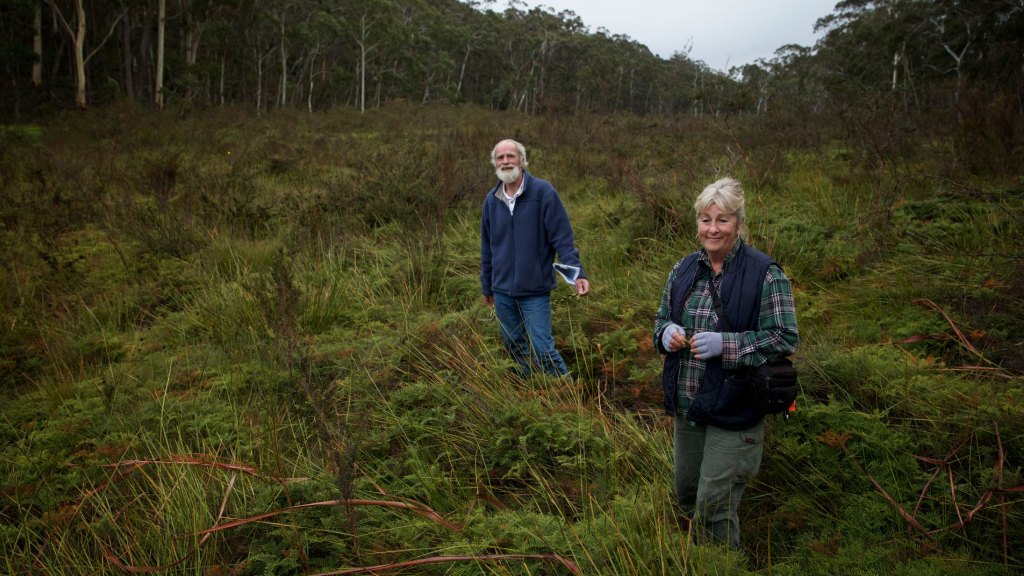 Image: Chris Jonkers and Julie Favell from Lithgow Environment Group in Carne West Swamp before it was destroyed by mining. Credit - Wolter Peeters/SMH

Chris Jonkers and Julie Favell from the Lithgow Environment Group have been monitoring endangered wetlands for over thirty years, while Dr Haydn Washington from Colo Committee, and Keith Muir from the Colong Foundation for Wilderness spearheaded the campaign for many years, finding and publishing irrefutable evidence of the damage done by coal mines and achieving recognition of the unique ecology of the area.[1]

For years, Centennial Coal denied they were damaging the wetlands and waterways, and paid consultants to convince state and federal governments that they wouldn’t drain these endangered ecosystems.

However, decades of tireless work and mounting scientific evidence forced Centennial Coal to admit in its most recent application that it would completely drain five remaining endangered wetlands, destroying the habitat of some of NSW’s rarest threatened plant and animals. Yet even this admission wasn’t enough to stop the mine. NSW development laws provide a pathway for Centennial to simply pay for “offsets” while destroying the last wetlands.

As the assessment process for the Angus Place expansion came to a head over the last two years, the campaign ramped up.

Nature Conservation Council investigations last year revealed that the company was cheating on its greenhouse emissions assessment – it failed to account for 97% of the climate pollution it would cause.

Over 1000 Nature Conservation Council supporters made submissions objecting to the mine, and campaigners from the Gardens of Stone Alliance groups pored over the thousands of pages of application documents to identify the incorrect assumptions, concerning impacts and hidden details.

The Colong Foundation and Gardens of Stone Alliance commissioned economic analysis showing that Lithgow has a bright future by protecting and investing in its natural heritage, with eco-tourism set to bring hundreds of thousands of visitors to the region.

The Nature Conservation Council teamed up with Lithgow Environment Centre to tell the story of the wetlands being turned to ashes by longwall mining on social media.

And this year the Nature Conservation Council and Gardens of Stone Alliance organised a field trip for journalists and Members of Parliament to tour the area and see what was under threat with their own eyes. 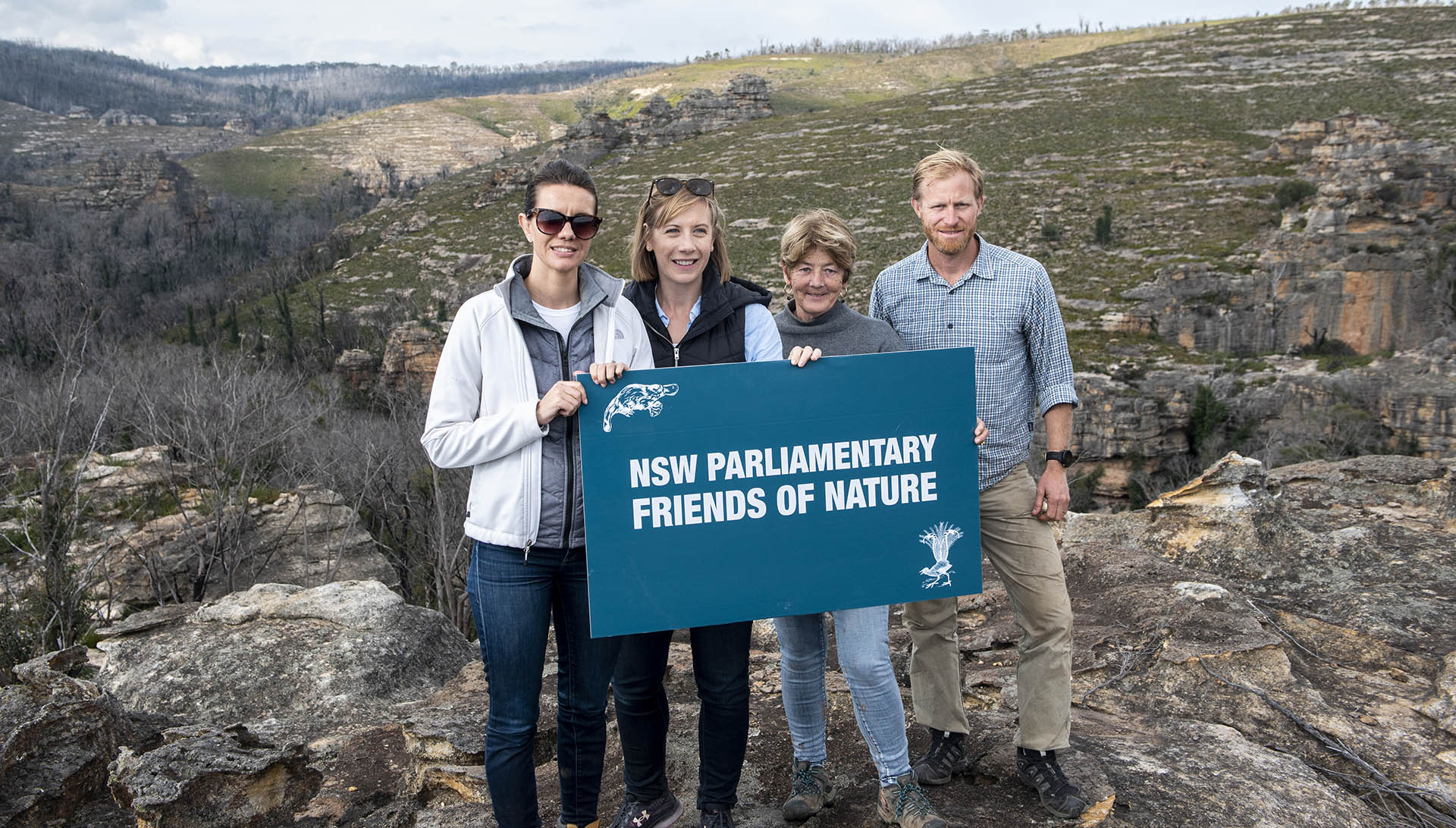 After the ‘Parliamentary Friends of Nature’ trip, Members of Parliament from Labor, Liberal, Greens and Independents all worked to protect this spectacular region. Government MP Catherine Cusack made a strong speech in parliament and took the issue up with the Planning and Environment Ministers.

A flurry of media stories inspired local seven-year-old Leo Williams to hold a lemonade stall in support of the Gardens of Stone, earning him a trip to Parliament to meet Planning Minister Rob Stokes and Independent MP Justin Field to advocate for protection of the area. 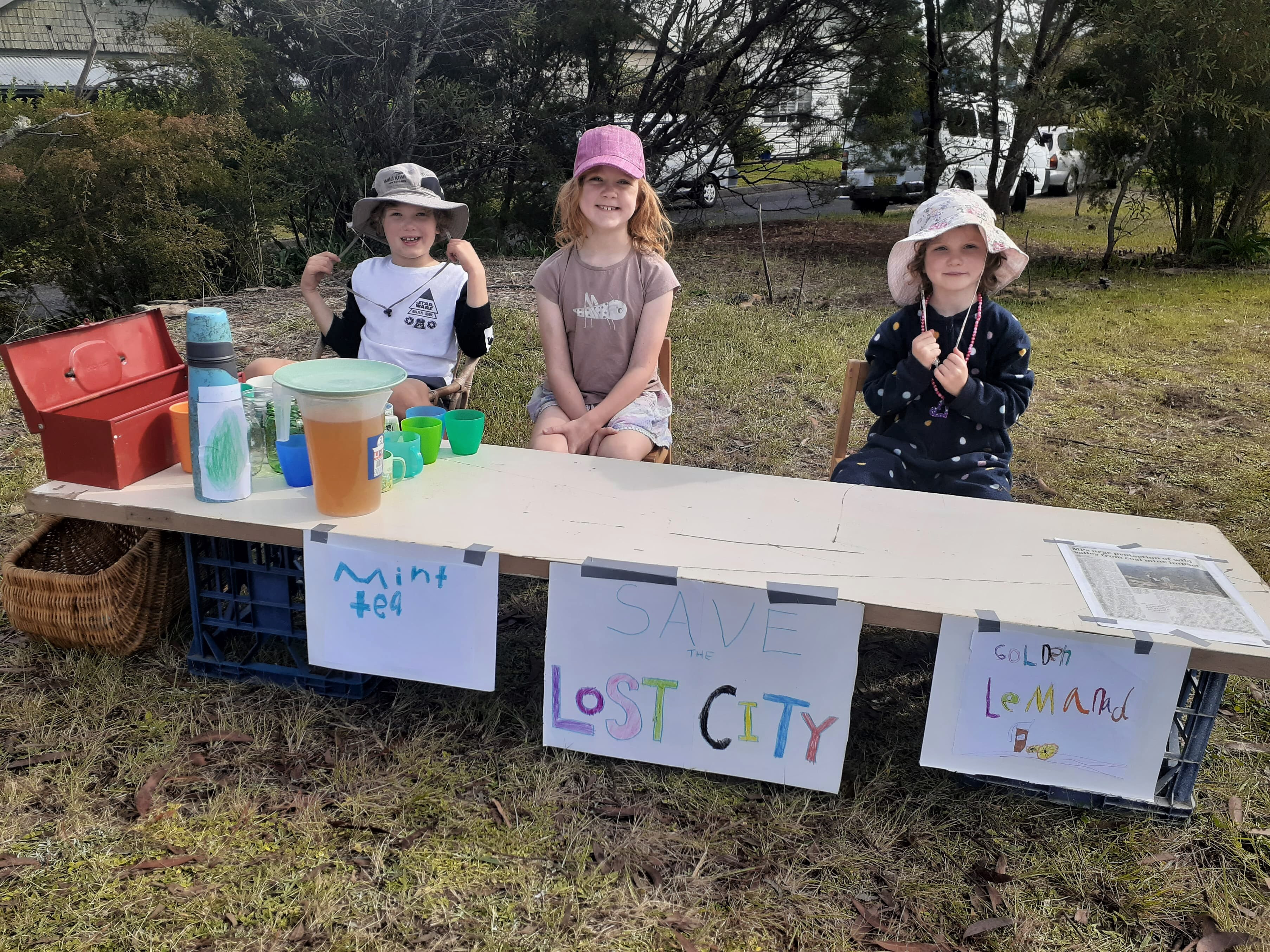 Leo Williams’ lemonade stand to raise awareness and money to save the Gardens of Stone.

Meanwhile the demand for coal was slowly waning as solar and wind power reduce the need to mine more coal. The NSW renewable energy roadmap that passed parliament in late 2020 prepares the state for a future without coal generation which took away the mining company’s trump card.

Over in Thailand Centennial Coal’s parent company Banpu announced a plan to turn away from fossil fuels, which the Nature Conservation Council leveraged locally to point out the inconsistency of opening a new mine in Australia to mine coal until 2053.

Finally, in the face of a growing wave of public, political and scientific opposition, and declining demand for their product, Centennial Coal withdrew their application.

Centennial Coal has already stated that they will submit a new coal mine proposal in the region, albeit ten times smaller, further from the World Heritage Area and using a less damaging bord and pillar mining technique.

With the Angus Place coal mine expansion withdrawn, this clears the way for protecting the final 39,000 hectares of the Gardens of Stone and implementing the Destination Pagoda tourist management plan for the reservation.

Destination Pagoda is a plan written by Ian Brown and Elizabeth Dudley-Bestow for boosting the Lithgow economy by protecting and investing in the untapped scenic and ecological values of the region.

The NCC team will be working hard toward this historic protection in partnership the rest of the Gardens of Stone Alliance, building on ninety years of hard work by so many luminaries in the NSW environment movement.

A huge thanks to the thousands of people who have supported this campaign, from writing submissions, to making regular donations, to being members of their local environment group.

But the battle is far from over. If you’d like to know more about how you can get involved in the campaign, sign up here or visit one of the Gardens of Stone member groups: Lithgow Environment Group, Blue Mountains Conservation Society, Colong Foundation for Wilderness or the National Parks Association of NSW to learn more about what they are doing to move this important campaign forward.

By Jane MacAllister, Water Campaigner, Nature Conservation Council of NSW Almost 35 years ago, the Menindee Lakes in far western NSW was the scene of one of the most extraordinary wildlife spectacles of modern times. Flooding rains at the top of the Darling-Baaka River catchment filled...